a. garment factories after the industrial revolution

b. the fashion industry moves east

Like all industries, the textile industry has not stopped moving! It is always in search of the cheapest labour possible. This is because many of the developing countries textile companies moved to in the late 20th century have now industrialised, and their workers have won some protection of their rights and some improvement in their wages. Which has increased production costs all over again. Now, leading Western businesses are looking for new countries with no regulations—like Bangladesh, Cambodia, Thailand and Mexico.

Textile workers in these developing countries are fighting for the right to a fair wage, shorter working hours and medical insurance. However, at least for the moment, most of the textile products we buy are made in countries without protection for employees.

Many consumers in the West are worried about the conditions of workers in developing countries, and this has forced big brands to control their production. However, for most big companies, it is difficult to control what is going on on the other side of the planet, especially when they do not even own the factories they use.

Sustainability sounds very important… but what can I do?

Be more conscientious! Since the 1990s, consumer pressure has encouraged the growth of the Fairtrade movement, which adds its certificates to products that have been produced and traded in an environmentally and socially fair way. Certificates are awarded to factories that do not pollute the environment and do not exploit their workers. As consumers, we don't have all the information about how the products we buy are made, but we can support sustainable products by buying ones with ethical certificates and by asking brands to tell us who makes our clothes—as proposed by the Fashion Revolution organisation. We can contribute to making the fashion industry more sustainable. 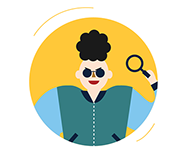 Things to check for:

2. Do they use recycled, organic, or closed-loop materials?

3. Are their products made locally? For example, a Danish brand will be made in Denmark or Scandinavia.

Put together a 2 minute presentation for each brand you found and show it to your classmates.

garment factories at the time of industrial revolution

Before the industrial revolution, things were made by artisans who worked with their own hands. The industrial revolution (1764, Great Britain) caused a huge change in the way society functioned. With the invention of steam power, the development of machine tools, and the rise of the factory system, everything could be made faster and in bigger quantities. The textile industry was the first to use modern production methods.

With new machinery, countries all over Europe were suddenly racing to keep up with the new, efficient technology, powered by water and steam. Although machines increased  production, many people were still needed to work those machines. Factory-owners often preferred to employ women and children in factories; even children as young as four years old. This was because children were small enough to crawl between the big machines and because women were not expected to protest violently for better conditions and wages.

The first factories needed to be located near sources of power such as water and coal. As people lost the jobs they used to do by hand in their cottages, they were forced to leave their homes and communities and move to new, smoke-filled towns built around factories. Many of today’s cities started off as factory towns, typically with overcrowded housing.

Working conditions were very hard back then. In these strange new environments, workers found they had to accept very low wages and long hours. It was normal to work between 10 and 16 hours a day, 6 days a week. They had no holidays, no access to medical care, and no protection of any kind if they got injured—which they very often did. If they refused to accept these terrible conditions, there were always people without work who would be willing to step into their place. When people protested, they lost their jobs.

Working people did not have the right to vote at this time. The only people who had the right to vote in most countries were the wealthy. This is one reason why it was so hard to improve conditions for the working class.

Check out this video to learn about the Triangle Shirtwaist fire, a fire that started in a garment factory in New York in 1911 and ended up promoting the cause of working rights in the Western world.

TASK 1 - Find out when people got the vote in different countries in Europe.

TASK 2 - Find out who the Luddites were.

TASK 3 - Find out what the Combination Acts were.

TASK 4 - Find out when the first unions were formed.

During the 19th and 20th centuries, the working class in Europe and America slowly gained the right to vote and form unions to protect their rights. Over many decades, and against great resistance from factory-owners, the unions managed to reduce working hours, improve wages and get medical coverage through their employer or through public healthcare.

While Western Europe, Japan and the USA had already experienced industrialisation and workers had already won basic rights, most developing countries in the early 1980s were in the same situation as Europe had been at the beginning of the 18th century—with the majority of people still living in the countryside and working the land. These nations typically didn't have any laws to protect factory workers. Western companies took advantage of this, employing cheap workers without rights. Countries like China and South Korea became centres of production, exporting goods to Western countries.

1. Why did textile companies experience a reduction in profits?

2. Why did Western textile companies move to developing countries?