a. fabrics are everywhere...

But have you ever wondered how all our different fabrics are made, where they come from and why they are all so different?

Let's start from the beginning. What is a ‘textile’?

A textile or cloth is a flexible material consisting of a network of natural or artificial fibres. Fibres are materials we use to make thread. ‘Natural fibres’ can be found in natural materials like wool, flax or cotton. ‘Man-made fibres’ come from raw materials that we can turn into fibres through chemical processes. After a fibre is found or created, it is turned into a long thread or yarn. These yarns or threads are interlaced with each other to make fabric, before it is then finished to make it more useful or more beautiful!

What is fabric made of?

Depending on where the fibre comes from, fabrics can be made of either natural fibres (plants or animals) or man-made fibres. Among man-made fibres are: synthetic (100% created by man through a chemical process) or artificial (when the process starts with a natural component but gets altered by man using chemicals).

There are many different techniques for interlacing threads to create fabrics, such as weaving, knitting, crocheting, knotting or felting. 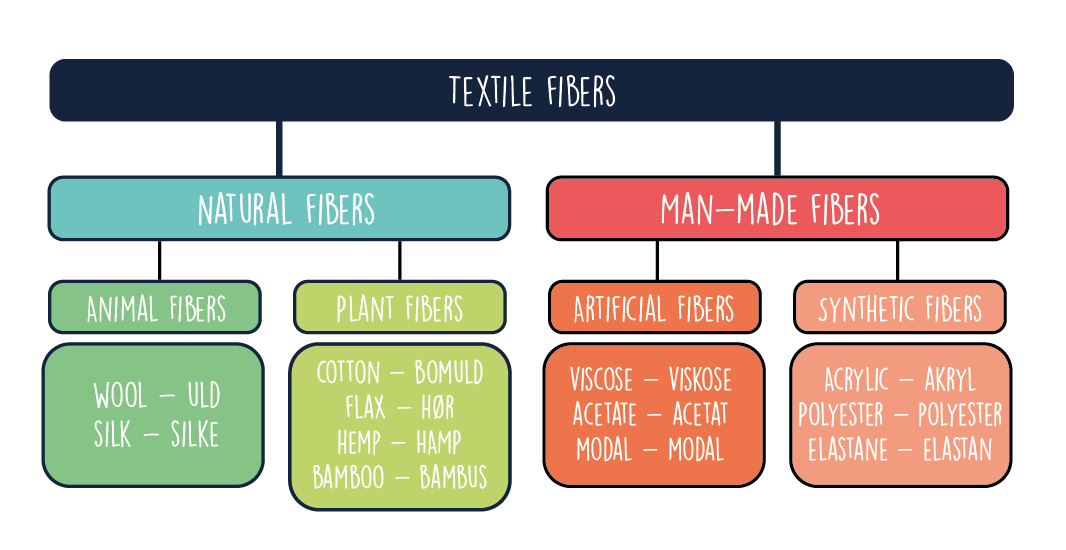 Natural fibres are substances produced by plants and animals that can be spun into filaments, thread or rope.

Natural fibres can be classified according to where they come from; their origin. The most commonly used animal fibres are silk and wool. Did you know that silk comes from the cocoon of a worm? Wool, on the other hand, comes from the hair of animals like sheep, goats, rabbits, or even camels.

What about plant fibres? Some of the most popular plant fibres are flax (hør), hemp (hamp) or bamboo (bambus). People have been using plants fibres to make fabrics for a really long time; scientists even discovered that flax was first used in Mesopotamia in 8000 BC! But nowadays the most poplar natural fibre in the world is… cotton! 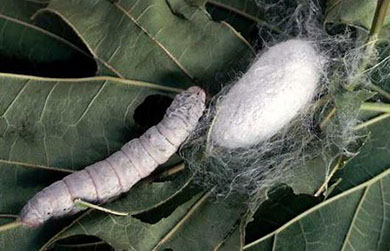 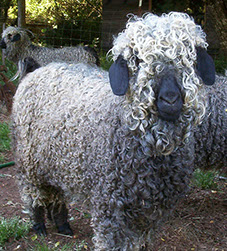 Silkworm weaving its cocoon where it will later become a butterfly

Angora sheep that will later turn into

Natural fibres, both animal and plant ones, need large pieces of land to grow. Devoting land to growing these kinds of fibres means that we can grow less food. Also, plants like cotton require huge amounts of water. We must find a sustainable way of growing all these natural fibres and also a way of recycling them after use. If you manage to do this at some point, we can have soft and beautiful natural fibres that are also sustainable.

Man-made fibres are all the fibres that do not exist naturally. They can be divided into 2 different groups: synthetic and artificial.

Synthetic fibres are derived from fossil fuels like oil or coal. The main characteristic of synthetic fibres is that the chemical structure of the raw material changes radically from its first starting point. This process is called synthetic polymerisation, and involves combining together simple molecular structures (monomers) to form more complex substances.

Artificial fibres, on the other hand, have their origin in nature but they require our intervention to become a fibre. The artificial group also includes fibres regenerated from natural resources like wood, sugars or starch. 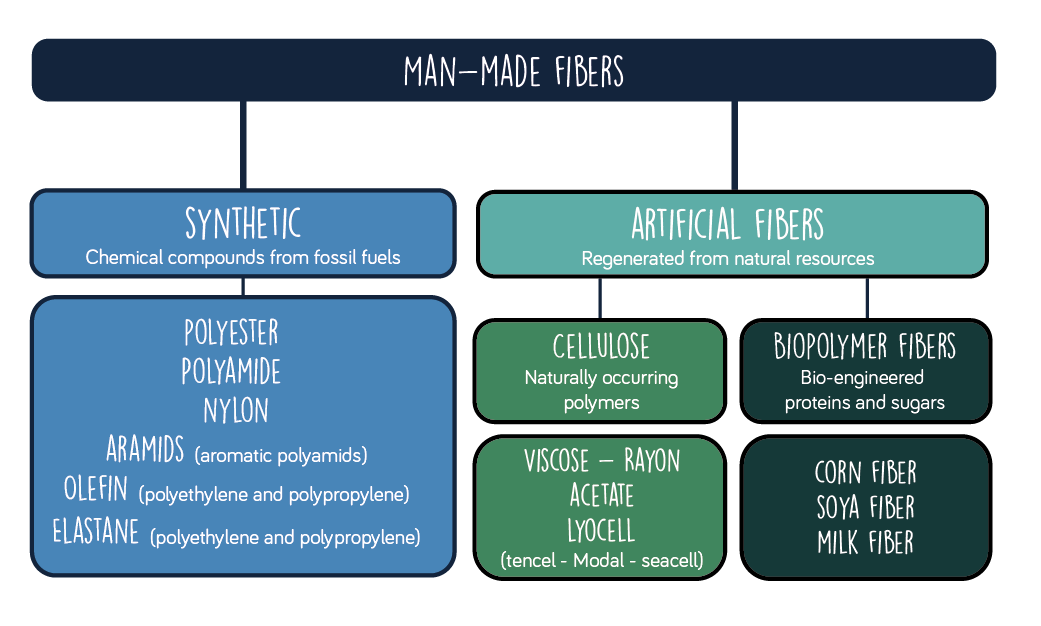 Let's see what Nelson has to say about textiles. He seems quite excited about the future of fabrics!

Check the label of your clothes and write down what they are made of. Use a different coloured sticky note for different materials. Each colour sticky note will be associated with one of the groups below:

Natural Fibres from plants -Only Cotton

Follow your teacher’s instructions on what to do with your sticky notes.

Nelson in: Materials for Fashion from SokFok Studio on Vimeo.

A single hair from a plant, animal or other substance. Several fibres can be spun into thread. Fibres are sometimes so small you might need a microscope to see them.

A thread is made of pieces of fibre that have been spun together to produce a long, thin strand.

Yarn is made of many threads tangled together.

Cloth produced by weaving, knitting or felting yarn or thread.

Your teacher will give you some swatches of fabric. Following the video above, try to identify if they are natural fibres or man-made fibres. Maybe you can go further and identify which specific fabric each one is.

Be careful with the flame, and happy burning!

10/15 swatches of 4 different kinds of fabric

A roll of aluminium paper. Use a piece of this paper to place underneath the candle.

1. What aspects of natural fibres are sustainable? And unsustainable?

2. What aspects of man-made fibres are sustainable? And unsustainable?